About the Ginninderra Catchment
Ginninderra Creek is of major importance in both a local and regional context. It carries approximately one quarter of the urban water runoff from Canberra directly into the Murrumbidgee River system and then the Murray. Hence there is considerable potential to degrade the already stressed aquatic ecosystems of the Murray-Darling Basin.
Ginninderra Creek itself begins in the upper reaches of Gungahlin within the Mulligans Flat Nature Reserve and enters the Murrumbidgee at Ginninderra Falls in Parkwood. The water catchment for the creek and its tributaries crosses the border of the ACT and NSW and takes in some 32,000 hectares of land. 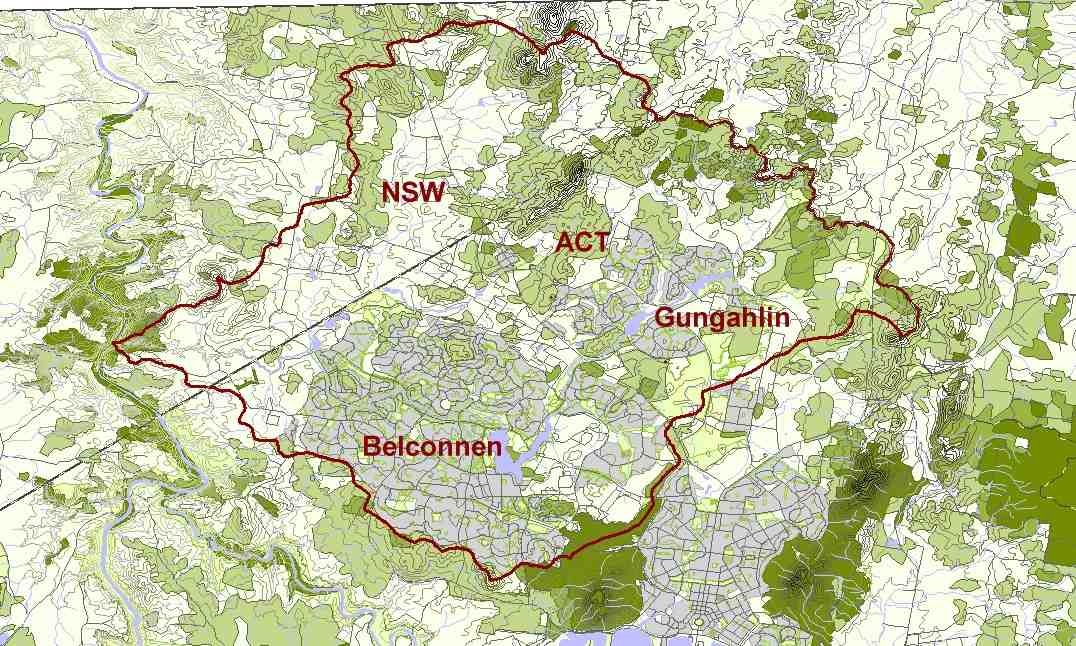 What is a catchment?
A catchment is a series of connected landscapes that collectively surround a river or creek system and direct water (via rainfall) to that river or creek system via surface and sub-surface flows. Catchments can be very large, like the Murray Darling Basin (which is in effect a connected series of catchments; including for example, the Murrumbidgee catchment). Catchments can be more moderate in size like the Ginninderra catchment.
Catchments can also be small and often called sub-catchments, like those that surround the tributary creeks that flow to Ginninderra creek.

The Murray Darling Basin, and the Ginninderra Catchment 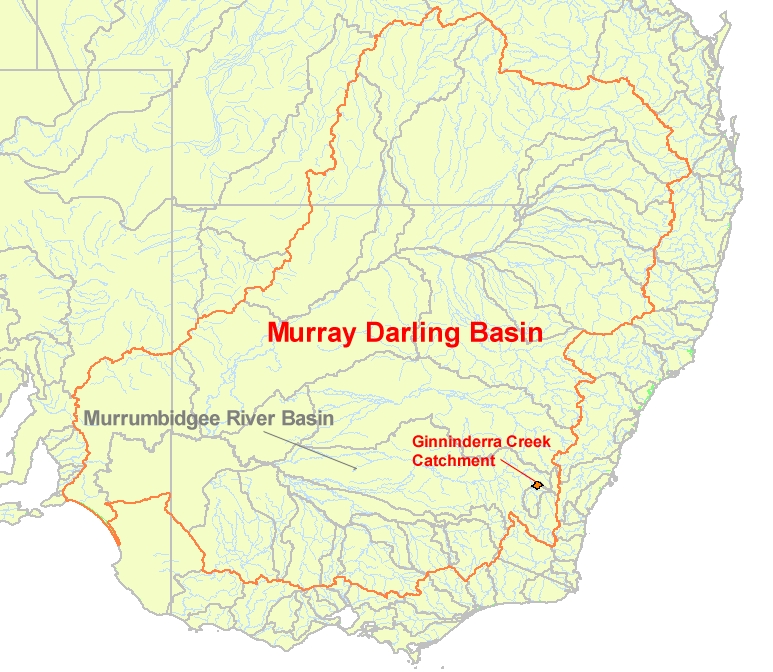 The water quality of Ginninderra Creek is of importance to many of Canberra residents because it is a major tributary for the Gungahlin Ponds and Lake Ginninderra.  These two lakes form focal geographical, scenic and recreational sites for the established town centre of Belconnen and the fast growing regional centre of Gungahlin.

Canberra is Australia’s largest inland city and it lies within the catchment of the Murrumbidgee River. It therefore follows that there is great potential for Canberra to degrade the already stressed aquatic ecosystems of the Murray-Darling Basin. Hence Ginninderra Creek is also of major importance in this regional context as it carries approximately one quarter of the urban run off from Canberra directly into the Murrumbidgee River system.

Major Drainage Lines and Topography of the Ginninderra Catchment 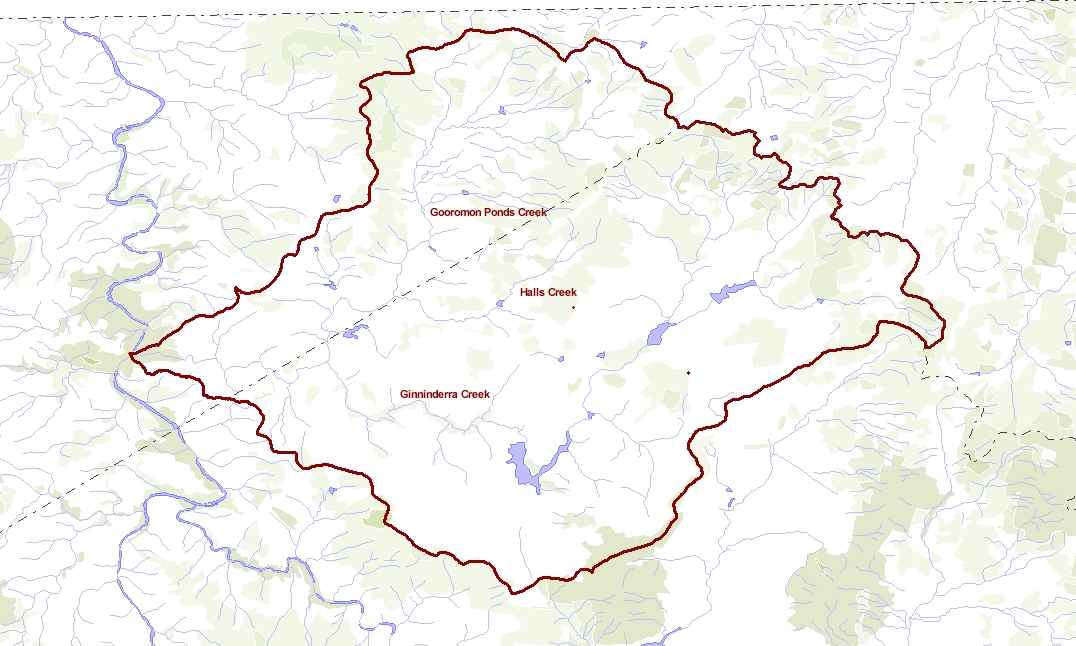