By the time these shots were taken, the Ginninderra Catchment already had over one hundred years of grazing history.  Although clearing was carried out and grazing animals had great affect, these photos may still give us some indication of what vegetation patterns once existed prior to settlement.  What they also show is that commonly the creeks and streams were already deeply scoured by this time.  This also would have been an impact of grazing and the clearing of vegetation.

These examples are taken from the skies above Gungahlin to those above Macgregor travelling down Ginninderra Creek in the direction of flow.  Also one photo from Hall’s Creek is included. These are scans from photocopies and have come up very well.  The actual graphics files are included with this report and are of a high enough resolution for you to zoom into the pictures and take a look around.

The aerial photos are arranged in sequence and for the sake of comparison each aerial shot is followed by the same area as seen now from a satellite image. What the photos show is that large areas around the creek have very few trees and woodland is more evident higher up on the surrounding hills and ridges. This could show that woodland was originally sparser or non existent on either side of much of Ginninderra Creek.

All the aerial photos are copies of those held within the collection of the National Library of Australia.

Also for those areas that are covered by it, I have included a third picture of that part of the 1932 map that corresponds with the two photos. 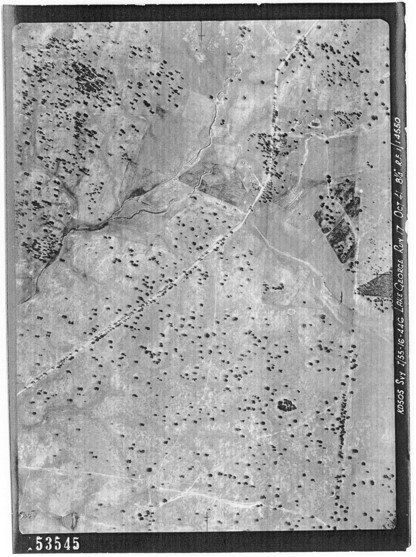 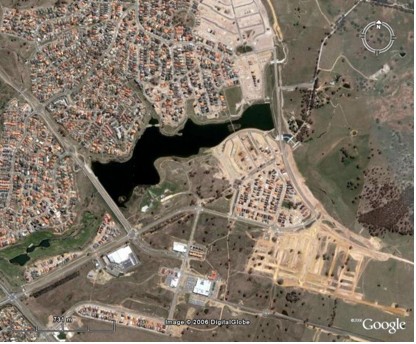 This is where the border will be of what is to become Gungahlin.  Gundaroo Road can be seen heading to the beginning of where Mulligans Flat reserve is today.  The shapes of some of the old roads confirmed I was on the right track when looking at these.

The aerial photo (right) is the same area today.  The next aerial photo also relates to this satellite image.  Take note of the beginning of the old Gundaroo Road at the time this image was taken.  It can be seen connecting with Horse Park Drive at the end of what is now Gundaroo Drive through Gungahlin. Far fewer trees now but you can see the clump of trees along Gundaroo is still there today as is a triangular area at the extreme right of the screen. 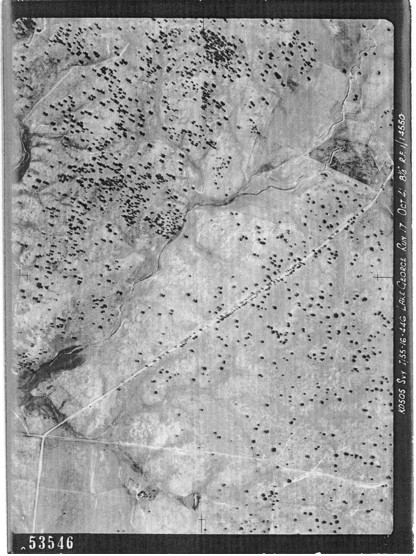 The two streams are surrounded by modified lowland woodland in this area.  Ginninderra Creek proper can be seen in the upper left of the picture.  The stream that will one day be dammed to become Yarrabi pond is a tributary. Both streams have their sources in the surrounding hills that define the borders of the Ginninderra Catchment in this area. 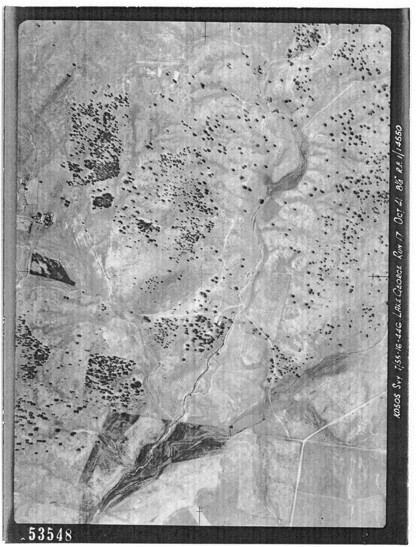 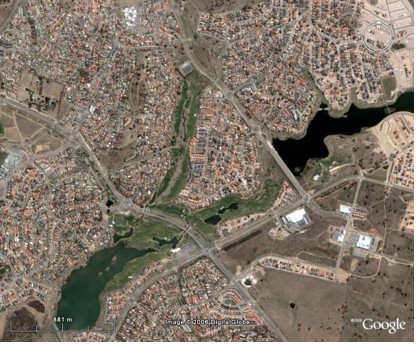 This is where Ginninderra Creek joins its tributary.  The creek officially is the upper of the two streams.  This is the future site of Gungahlin Pond.  Part of Mount Percival can be seen up and to the left of the intersection of the two waterways. Yerribi Pond is just outside the right hand side of the picture.

Both ponds can be seen in the satellite image. 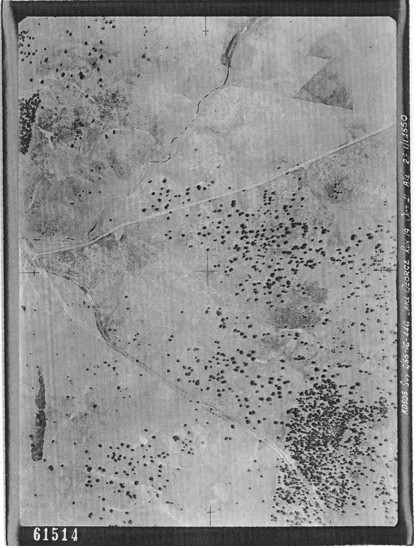 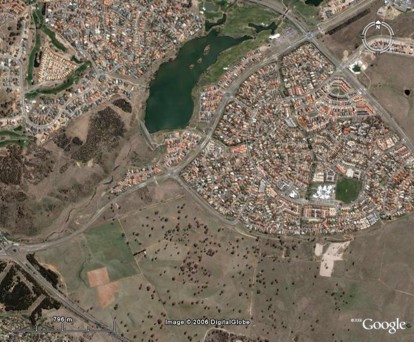 As it still does today, Ginninderra Creek passes under the Barton Highway just North of this intersection. This is the intersection that is now a very large roundabout. Mount Percival can be seen clearly with the creek running down beside it from the area that will become Gungahlin Lake.

The new lake makes a dramatic change to the Landscape while extensive planting has been done on Mount Percival.  On the extreme left on Mount Percival however, an area of vegetation corresponds with an area evident in the 1941 image.  Peter Davey made comment on an area like this that he found.  This might be it and it deserves further investigation.  This large hill was very close to the earliest activities of settlement in this region.  People were not exactly sympathetic in their treatment of wildlife and the native vegetation. 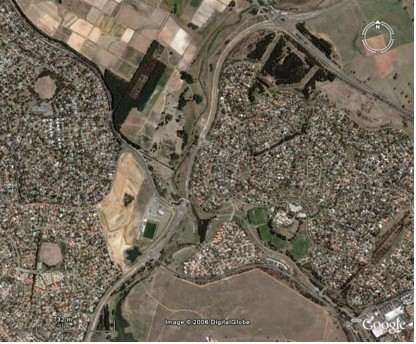 This is the area where Pamlerville Historic Park is today.  It was the site of Ginninderra Homestead when this was taken.  The Barton Highway and the slopes of Mount Percival can be seen in the top right of the picture.  Past the homestead, the creek winds down through what will one day become McKellar and Giralang.  McKellar Wetland is now situated within the lighter coloured area inside the pronounced bend in the creek.

From a satellite photo.  McKellar Wetland was still under construction when this was taken. 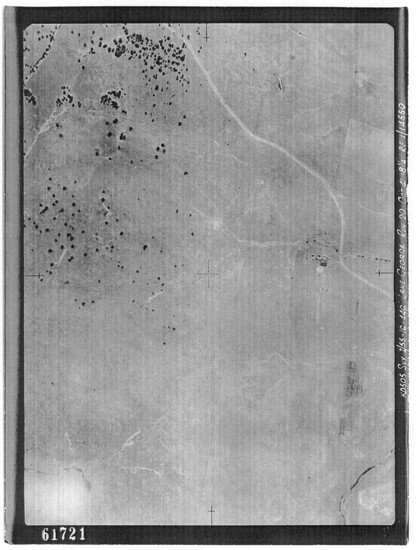 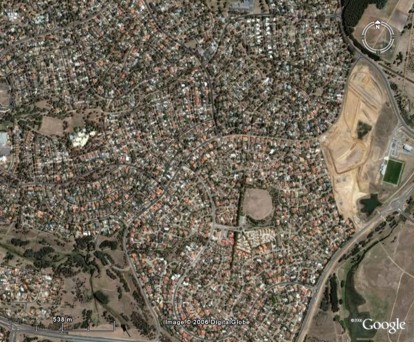 From above the area where the suburbs of McKellar and Evatt will be. Few tress are evident at this time and those which remain are well away from the creek.  The creek to the south of this picture will become Lake Ginninderra though this area was not covered in this run. 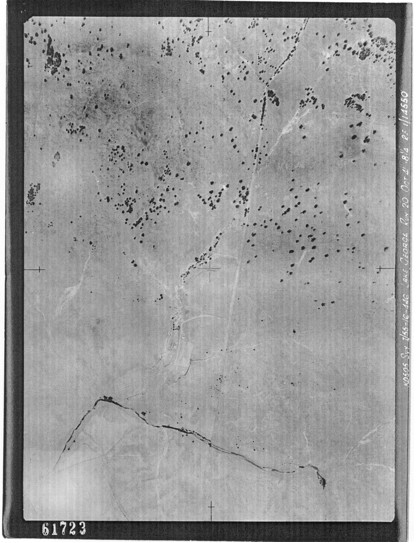 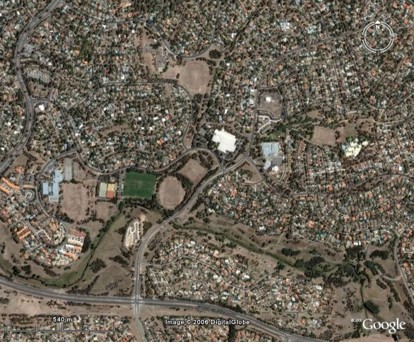 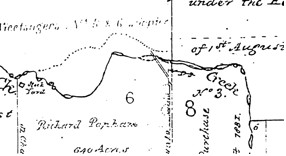 A photo from above the future site of Evatt.  Good areas of Natural Temperate Grassland still survive along the creek corridor and it is likely that very much more remained when this photo was taken.

Below is the scene from above Evatt much more recently and as drawn in 1832 below.  All the native trees at Evatt are from plantings. Melba is on the left of the picture. 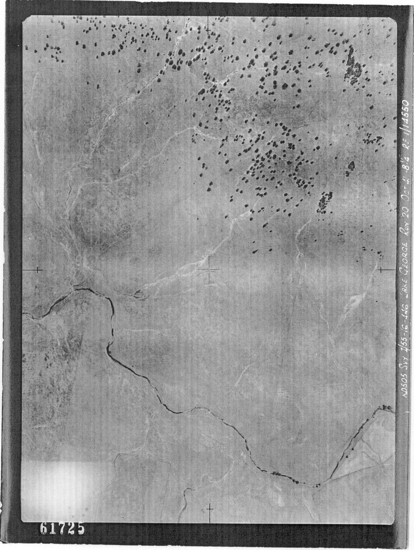 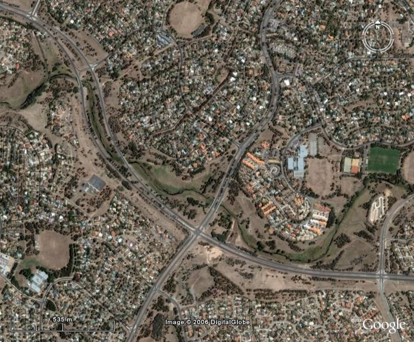 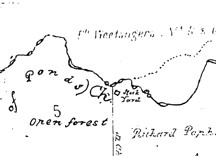 The suburbs now surrounding Ginninderra Creek here are from upper left to bottom right – Flynn, Melba, Latham and Florey. The creek on the right has just entered Melba while the creek on the left has run into Umbagong District Park.

A satellite photo of the area and as drawn in 1832.  Again all trees here are from plantings. Some have been less than successful and exotic grass dominates. 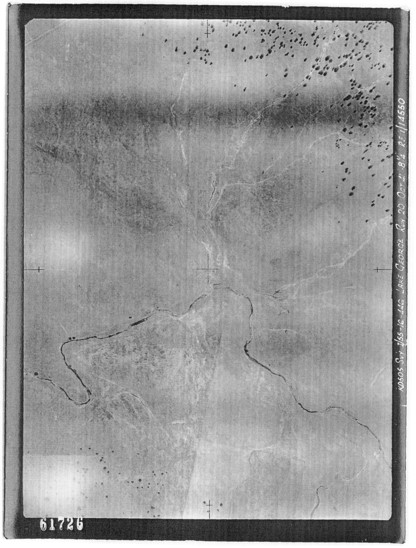 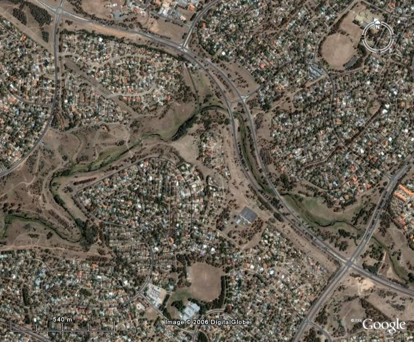 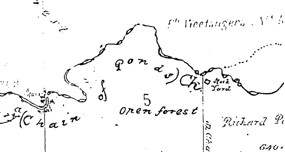 This is the area above where Flynn and much of Umbagong District Park will be.  Again we are still fortunate to have some very good grassland left in this area.  There are a few trees along the creek. Woodland is evident up slope. The creek is deeply scoured as it is in all these photos and erosion can be clearly seen in from water run off from the slopes.

A much changed picture now but also from the 1832 drawn map.  There has been extensive planting. 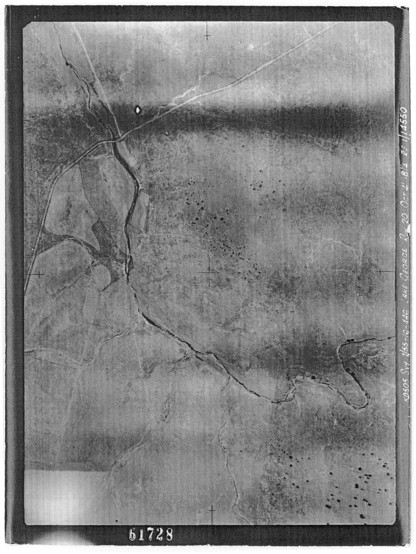 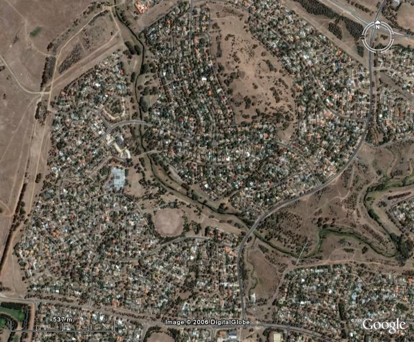 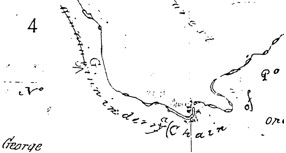 I found this photo fascinating and it was the photo that confirmed that I had found our creek when looking through aerial photos at the National Library.  The creek crossing, which still exists form the old Charnwood Road can be clearly seen toward the upper left of this shot.  The road itself is now part of the National Bicentennial Horse Riding Trail. Also Kippax Creek which snakes up from just right of centre shows where the Blue Devil Grassland is now and was then though it was not yet named.

All the landmarks mentioned in the last shot can be clearly seen in this one.  A section of the 1832 map is below. Many trees have been planted including on Mount Goodwin that has very few trees on it in the former picture. 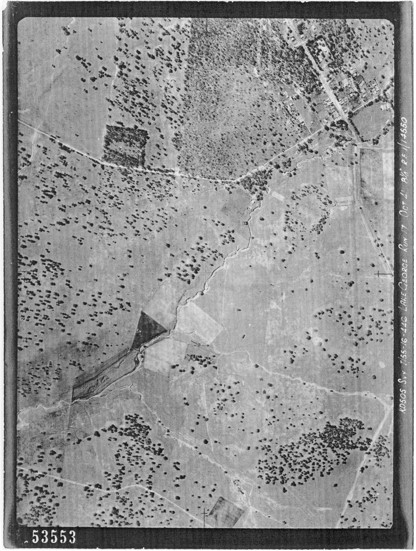 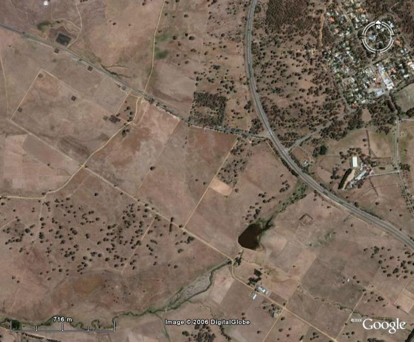 In this photo below Halls Creek, both the town of Hall and Hall cemetery can clearly be seen.  Halls Creek is deeply scoured.

Hall cemetery is the neat square of woodland with a clear area within it.  Notice how similar in appearance it is between now and 1941.  This is a result of its relative lack of disturbance and why it is so botanically rich today.  In other areas it is obvious that trees have been cleared. 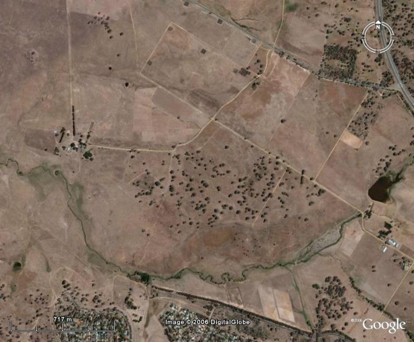 Again we can see how active erosion was by this time.  It is something we are still dealing with today.

We can clearly see the way Kuringa Drive today partly follows the old road in the 1941 aerial shot.  Just left of centre also in the aerial shot is Kuringa Drive Woodland.  In the Satellite shot above the company name “DigitalGlobe” covers the same area.

Note: The aerial photos in this document are copies of those held within the collection of the National Library of Australia.  Copyright on these photos has expired, as they are over 50 years old.

Go to the next section, “The picture now – some notable remnant areas”.